At Varcadipane & Pinnisi, Dawn Pinnisi fights back against the public’s misconceptions of personal injury lawyers, dedicating her life to easing her clients’ burdens

When Dawn Pinnisi started her career as a young lawyer in 2000, what struck her the most was the dearth of female colleagues in her line of work. “When I entered the trial part courtroom, I could count on one hand the number of women in the room,” she says.

Now, as a founding member of the New York and New Jersey-based litigation firm Varcadipane & Pinnisi, PC, she works tirelessly to not just advocate for her clients, but for other women in the legal field as well. 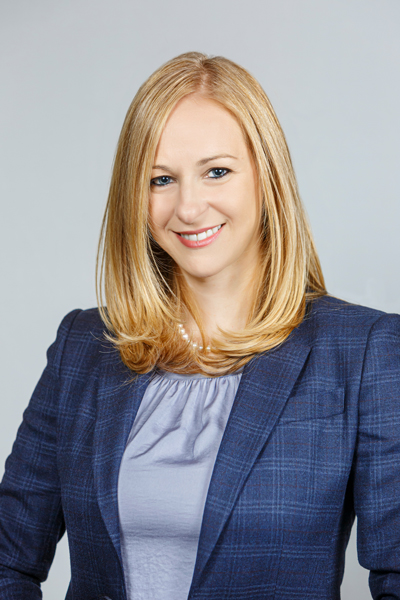 Before working as a personal injury lawyer, Pinnisi wasn’t sure what kind of law she wanted to go into. Shortly after graduating from Brooklyn Law School in 1999, she started her career as an attorney at a Brooklyn-based litigation firm.

After spending time as an intern and legal assistant, she passed the bar exams in New York and New Jersey and within a week she was picking a jury and had her first full trial in Brooklyn. “I quickly realized I enjoyed being in court,” she says; she loves the feeling of applying expertise and research to persuasive and logical arguments that help you win your case. “Litigation is a good mix of [those disciplines],” says Pinnisi.

After working at that firm for more than 15 years (eventually becoming managing attorney and later partner), in 2016 Pinnisi found herself starting to gravitate toward cases and clients that allowed her to make a difference in people’s lives.

To that end, she left the firm to start Varcadipane & Pinnisi, a boutique litigation firm handling personal injury, civil and commercial litigation, and real estate law. Pinnisi heads the personal injury department of the firm.

One of Pinnisi’s implicit goals in her personal injury work is to fight back against the preconceptions that come with that profession—ones that, to Pinnisi’s mind, are often entirely unfounded. “People are often misinformed about personal injury [law] in general,” she observes.

Take, for instance, the infamous McDonald’s “hot coffee” case in the ‘90s. “Everyone talks about that [case] in a derogatory manner,” Pinnisi says; the case became a poster child for the frivolous lawsuit. “But she actually had severe injuries you would never want to have.” The media tends to portray the lawyers who take personal injury cases as predatory ambulance-chasers, which makes her job even harder.

That’s not to say there aren’t a few bad apples in the bunch, as Pinnisi can attest. “Certain attorneys ruin it for the profession,” she admits. The highly competitive nature of personal injury law can attract the kind of folks who just want to make a quick buck.

Over the years, she’s heard stories of clients being approached by attorneys offering cash bonuses for signing, or paying hospital employees to divulge confidential info, and these tales give her pause. “It’s unethical and helps the negative portrayal of this industry,” she says.

Pinnisi, on the other hand, prides herself on a principled, fervently client-first philosophy. “It all comes down to making it about the client,” she says. While she often encounters attorneys who’ve become jaded by years of disheartening casework, Pinnisi understands that, for the client, these circumstances are far from routine. “[For the client], It’s never ‘just a fracture,’” Pinnisi explains.

“When I entered the trial part courtroom, I could count on one hand the number of women in the room.”

Good representation can make all the difference in a client’s life, and can even help prevent further injuries in the future. In one product liability case, Pinnisi worked on behalf of a toddler whose finger was amputated in the defective hinge of a baby stroller; she was able to call the US Consumer Product Safety Commission and get that stroller recalled.

In a birth injury case, she worked out a structured settlement and secured medical insurance coverage for life for a baby who’d lost the use of his wrist. “These are the things that bring me back to why I wanted to start my own firm,” Pinnisi says. She takes pride in her work’s ability to help people become valuable members of society, ease their burden, and do good for the future.

As a woman in a male-dominated field, Pinnisi recognizes that she’s in a position to help mentor other young women who are interested in entering the legal field as well. She personally lacked a strong female role model when she was a young lawyer, Pinnisi says: “I had to do it on my own, and worked very, very hard to gain that respect and confidence.”

At her current firm, Pinnisi says, the very first hire she made was a young female associate. “I brought her to court with me so she could get hands-on experience and made sure to pass on the knowledge I have gained over my career. Now, over three years later, we still work together daily to give our clients the best representation possible.”

Now that more women are entering the profession, Pinnisi feels a sense of solidarity with female attorneys at other firms. “We’re always helping each other out,” she says, sharing information, experts, effective strategies, and so on.

“You definitely see more women in court now, as opposed to twenty years ago,” she says, “but the litigation field is still pretty male-dominated.” Whether fighting for clients or greater female representation in the legal profession, Pinnisi works daily to bring a sense of justice and credibility to her line of work.

Jeffrey W. Varcadipane was Designated by the Supreme Court of NJ as a Certified Civil Trial Attorney

Dawn M. Pinnisi Distinguished As One Of The Best Attorneys In New York!